Please sir, may I have some more? 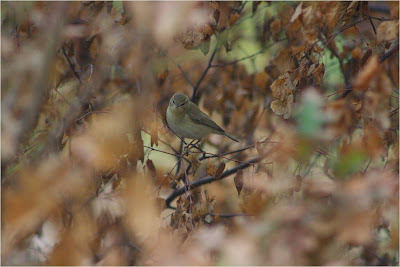 We want more August and are willing to swap for (unused and as new) June and July: two months for the price of one, what an offer! 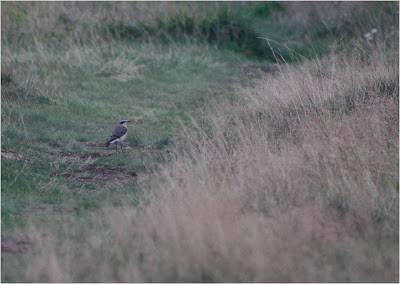 The species tally up 2 on last week, but I think there's more to be squeezed out of the old patch next week.

Today I was happy to get out amongst migrants after yesterday's yawn fest at Drain'them marshes RSPB; the wind was all wrong, the water levels were all wrong (apart from the levels rising in my boots), and far too much weed (and in the past I wouldn't have complained about that either). Immediately my humour was restored by a rather pretty Wheatear at the south end of the broom fields. It got better. The strange man I saw loitering at the east end of Long Wood turned out to be Jono and not a threat. 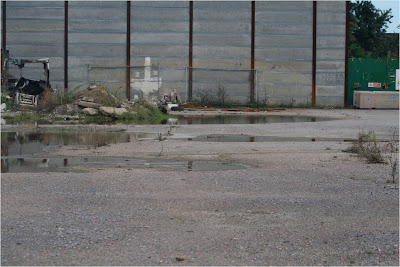 Not much happening here though according to Finding Migrants on Wanstead Flats - where and when to look I should be stumbling over all sorts of top shelf migrant stuff. We walked to the Alex, stopping only to have a brief look at the loafing gulls, just in case... A Common Gull was the only just in case.

To the east of the Alex a Tree Pipit rose up out of the grass and zeet zeeted off over Manor Park.

"I don't think its coming back!"

A quick trip round the Wryneck field, where we picked up a smart Whinchat (Jono got another and a Wheatear on his way home) and that seemingly was that. Left to my own devices I did another slow perambulation of the field and decided to take some snaps of the Whinchat. Using extreme field craft, honed over years of experience, and a large bush I got within range, though you might be hard pressed to guess so. 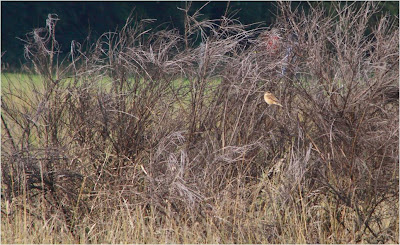 The Whinchat having seen through my bramble patch disguise hoofed it for a larger shrub. It was all part of my plan, and I continued walking back towards the Alex. A small bird flew out from the grass and into the broom the Whinchat had vacated. Now this is one burnt stem, easy to get a handle on this I thought, up until the point I was right on top of it. Only then did my quarry fly out and disappear magically into a hawthorn. Looked like a Dunnock's back with trowel for a tail and a buff/whitish breast. It didn't call like a Dunnock or at all, which was good and now I had it surrounded in a single hawthorn. Game on. After ten minutes I began to tire of this game, and started to change the rules. Peaking in through some of the gaps in the foliage, I eventually managed to find it in deep. It looked back at me before scuttling out of sight. A gropper! Cool! No, really cool! F***in' awesome, actually! All those mornings and evenings in futile pursuit of singing Sedgies and GWs down by the Roding...

Mr Fisher had heard what he had thought would be a gropper at the beginning of the week, however no-one else could say what an autumn calling bird would sound like, he said metallic. He suggested Xeno Canto, but no. I texted him with the news: "Told you so!", he replied.

So its kicking the grass next week in the hope of getting better views, and there could be dozens of them out there. 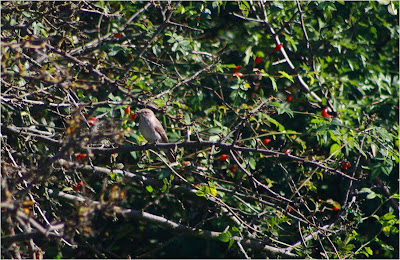 The park was quiet though a trio of returning Pochard was nice. Natalia had texted me about five Egyptian Goose that had turned up next to the Little Tea Shop of Happiness, but they had naffed off when I arrived. 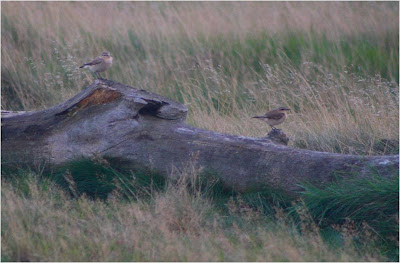 While I supped my instant and got outside my fruit cake, I could not help but overhear a conversation going on next to me.

"look, I can see the moon."
"Where?"
"Just there under the sun, in the break of the clouds"
" I can only see the sun"
"You can't look at the sun it's behind the clouds, but there's the moon just below..."

Clearly not all dog owners are that stupid! 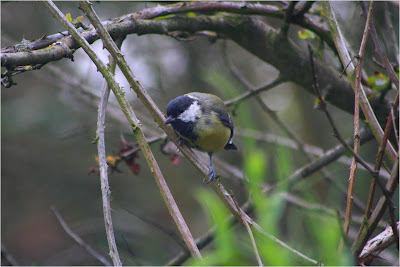 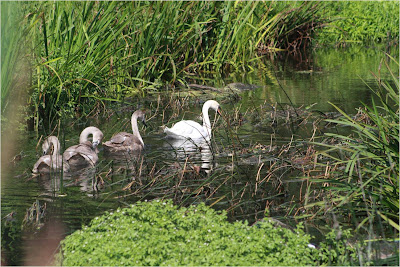 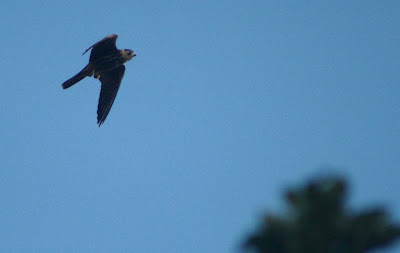 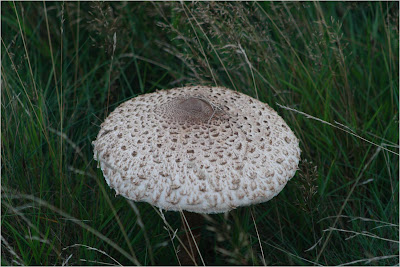