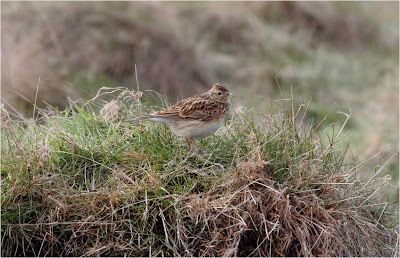 With the arguable exception of Nightingale, which doesn’t trouble the scorers too often in these parts, the Skylark is probably the UK’s most celebrated songster. It is not a tricky bird to hear and see – if you are prepared to travel. However, for London birders using public transport Wanstead Flats is the easiest location to connect with it. 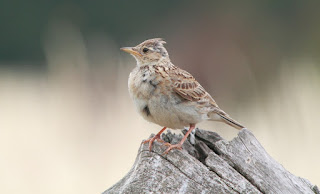 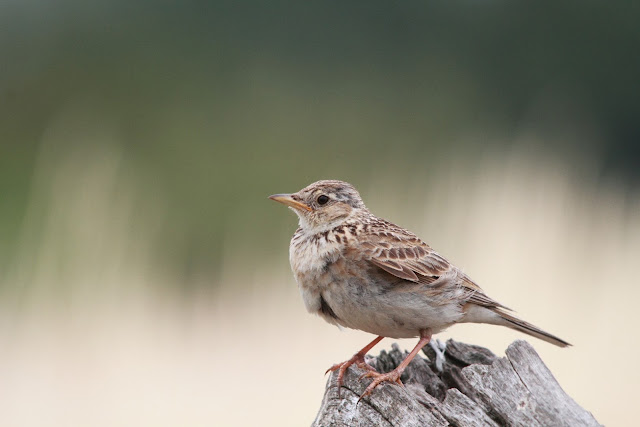 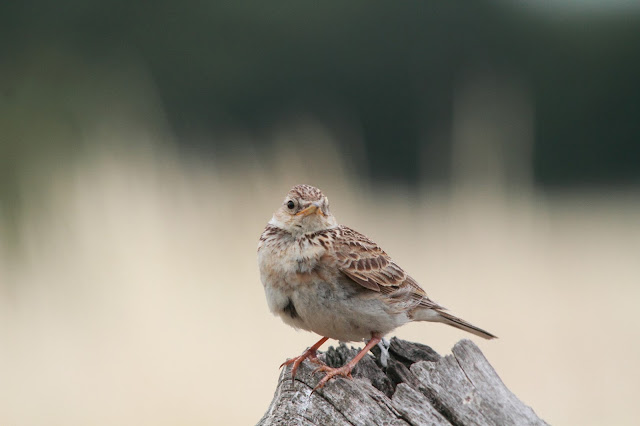 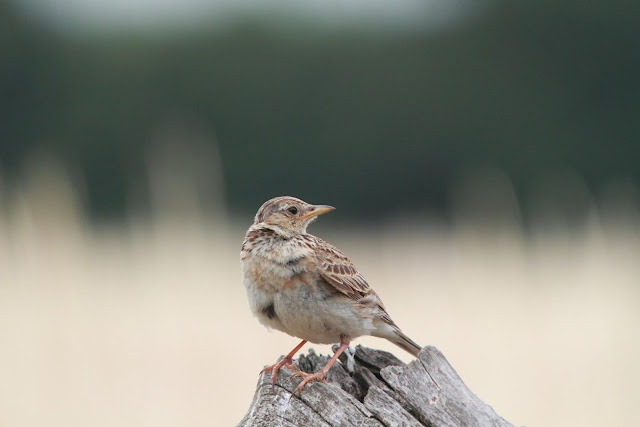 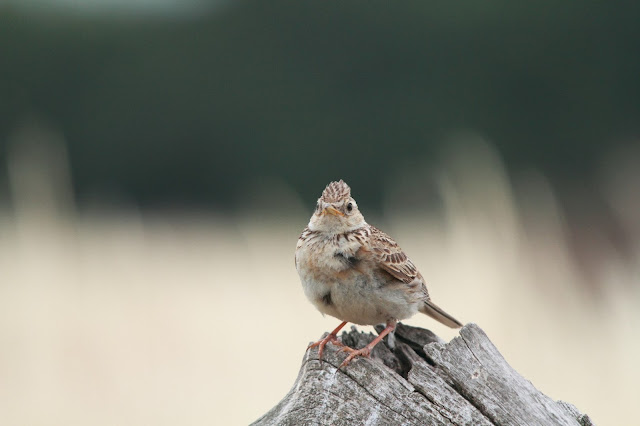 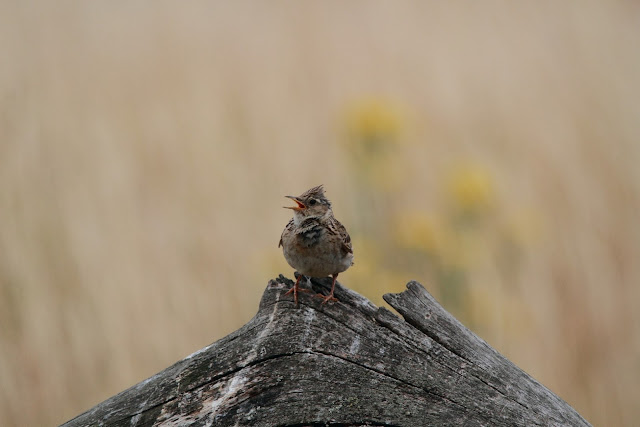 Just a five-minute walk from Wanstead Park station, or less than 10 minutes from Forest Gate station, with several bus routes running right past, the epicenter of our breeding population is just east of Centre Road, south of Long Wood. There, and on the west side of Centre Road, areas of unmown grass sit cheek by jowl with patches of broom and brambles. The birds nest in the long grass and feed on the shorter sward of the tracks running through it, the football pitches nearby, and – yes – the model aircraft runway.

In many ways it defies belief that the closest population of Skylark to central London and the second or third biggest concentration in the capital, can survive here at all. Although people are asked to keep to the tracks and dog-walkers to keep their animals on the leash, it is still a common sight to see canines rampaging through the area. Grass fires are common in summer. There is the regular drone of a model aircraft looping the loop overhead. And desperate defenders or wayward strikers often send footballs into the grass. 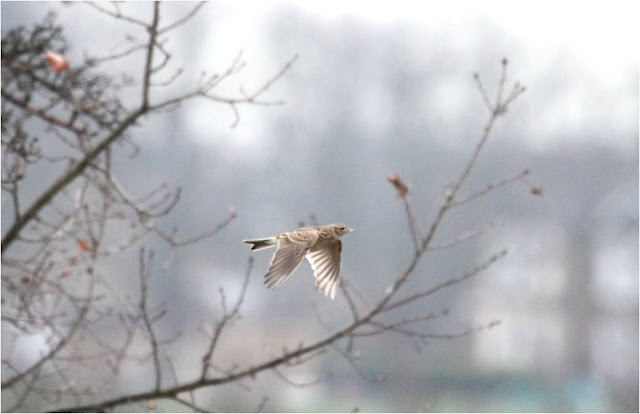 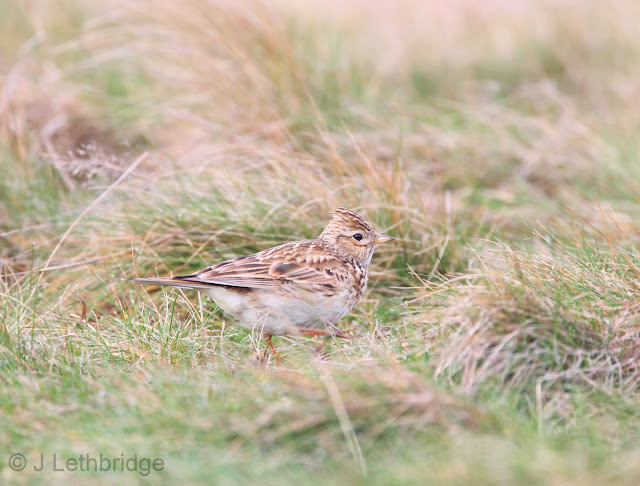 Despite this, the numbers of territories in the period 2009­-2011 were respectively 16, 16 and 11. Only Rainham Marshes consistently beats these figures, with Richmond Park – where protection of the breeding area is more clearly policed - about the same. Away from the main area, there are overflow territories near Alexandra Lake and in the Site of Special Scientific Interest over the road.

Turn up quite early on a bright and not-too-windy day between February and early June and you will hear territorial birds singing 50 metres or more in the air, or on one of the many anthills. Watch out as you walk along a track and you may well see birds feeding on the edges of the main tracks. In late July, August and early September, with adults moulting, our Skylarks seem to become invisible. But they’re back on the manor later in September and some start to sing again. Migrants pass over the Flats in October and November and birds also winter here. What is not clear is whether the winter birds have come from elsewhere or whether they are the remnants of the breeding population. 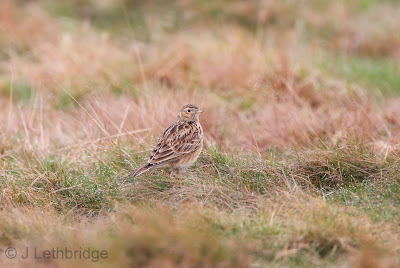 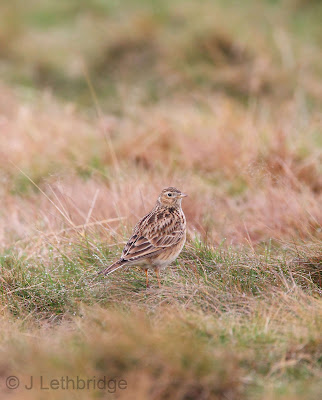 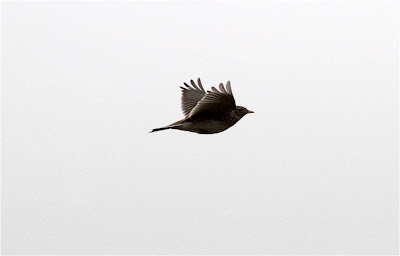 What of the future? The City of London Corporation mows the breeding area on a rotational basis, with about 20 per cent cut every autumn. This management definitely helps, but with the amount of pressure on the area during the breeding season, I do fear for the future. This year, with the additional people pressure that will come with the London Olympics just up the road, our Skylarks’ resilience could be tested to the limit.

Considering the fact that Britain’s Skylark population has fallen by two-thirds since the mid-1970s, and also reflecting on the fact that this is the easiest place for several million Londoners to see the species, surely more protection during the breeding season, for example, a roped-off area, is not too much to ask for? 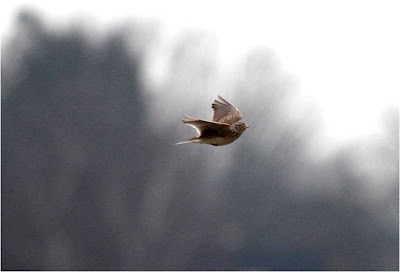 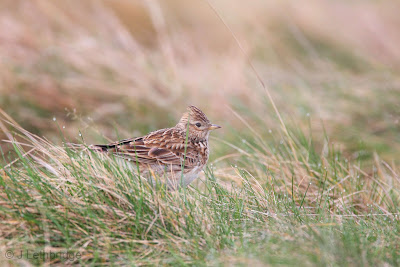