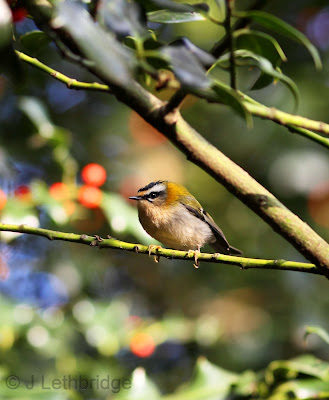 For most birders, surely Firecrest has the lot. Its tiny size, constant activity and delectable mix of olive-green, bronze, black and white, crowned with an orange or yellow – yes, crown – are hard to beat. The ignicapilla of its scientific name (Regulus ignicapilla) literally means “hair on fire,” a reference to the blazing crown. Nick Croft once described it as “a Goldcrest with face paint” but they are not gaudy birds by any means. The fact that a Firecrest can be a real challenge to find, even when you know one is present, certainly adds to the appeal. As for size, well, weighing in at six grams and just nine centimeters long, birds don’t come much smaller. 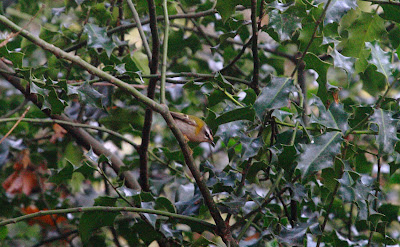 Its history in the Wanstead area goes back only to 1980, but people have known about this little sprite for a very long time. The “king of birds” of Aristotlean legend – the bird that could fly higher than any other because it was hidden under an eagle’s wing – was surely a Firecrest. And a fossil of an ancestral ‘crest 2 million years old has been found in Bulgaria.
It took a long time to make its mark in the UK, breeding for the first time (in Hampshire) as recently as 1962. Even now the breeding population in this country is only around 500 pairs. Compare this with the 3.3 million to 6.7 million pairs estimated for Europe and you can see how peripheral the British population is. That part of its breeding range that stretches across Germany, Poland and the Baltic States is evacuated in autumn as its insect food disappears. A proportion of those birds moving south-west have traditionally ended up on England’s east coast, with some spending the winter here. Quite probably that was the origin of the two individuals roaming with tits in Long Wood on 26-27 November 1980. These were the first to be recorded in the southern part of Epping Forest. 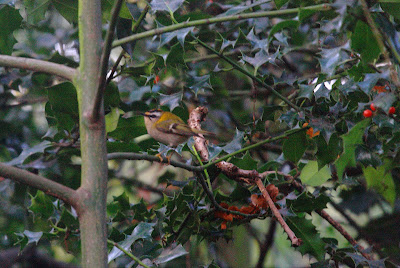 In London, Firecrest is described as a “scarce passage migrant and winter visitor; rare breeder.” In fact, it was recorded at 41 sites in 2007 and 67 locations in 2008. However, few places seem to have been as reliable as Wanstead Park in recent winters. A good run of records started in 2008 with a single bird in the Park on 5 March and two there on 21 March. Then there were up to three in Reservoir Wood from early November 2009 to January 2010; one in the Grotto area of the Park from early November 2010 to January 2011; and up to four in Bush Wood from November 2011 into 2012. In this period only one London site had a bigger concentration. So what makes the aforementioned areas attractive? They all have ivy-covered tree trunks and/or big banks of holly – features often favoured by the species. 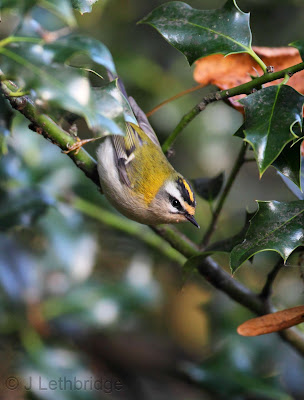 So, come and have a look this autumn but familiarize yourself with the bird’s calls before you visit -  and be prepared to put in a shift: Firecrests rarely give themselves up easily. 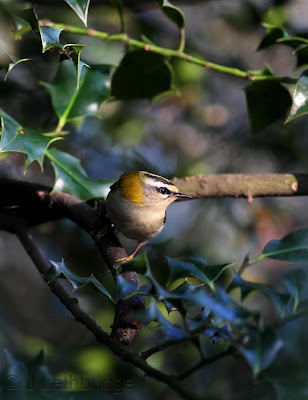