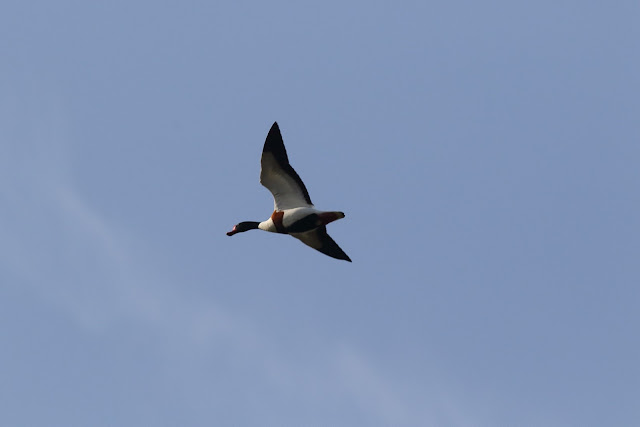 I think we can all agree that spring is officially over here in the sunny, crowded, littered, dog toilet we call our patch.  It was marvelous, sorry that should read marvel-less.  Not inspirational by any means and personally the worst ever.  That we’ve made it to 114 species by the end of May is thanks to Jono in lockdown who, unlike most year’s, has made a serious contribution with his noc-mig activities and generally staring out of his (prescient) attic extension windows while he should have been working: Common Scoter, Oystercatcher, Whimbrel, Quail (noc-mig), Raven, Great Egret and Short-eared Owl (also seen by Marco J in the SSSI).  Bob added a plover species, probably a Grey, while I added Ringed Plover and then retracted it when I realised it was one of our Skylark’s being terribly annoying.  It just goes to show what’s going on and over when we are all tucked up in bed–I thought about joining in with some real time noc-migging, but got no further than the off-licence.
We suspect that the fine weather was in large part responsible for the visible lack of migrants, but following lock down so many people were on the flats from dawn to dusk any migrants we might have missed would have been booted off the patch before we saw them.  Here then is an un-scientific round up of our spring.

81     Wheatear (16-Mar)
Probably the second worst spring of the last 6 years, sitting between 2019’s 30 bird days and 2016’s paltry 16.  I could give a more accurate figure but that would require more effort than I am prepared to put in at present.  OK I finally got round to this and came to a total of 22 from Wiki sightings, which is probably on the low side, but then no-one could be bothered to report anymore (including myself). 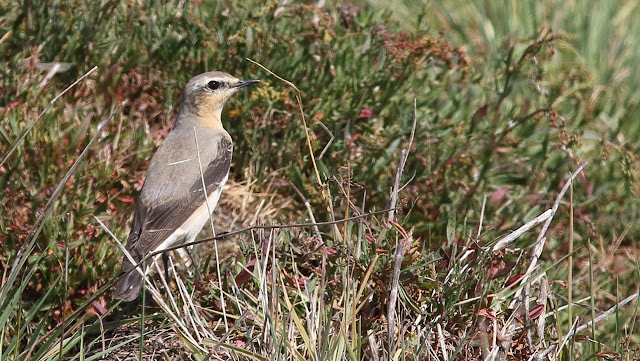 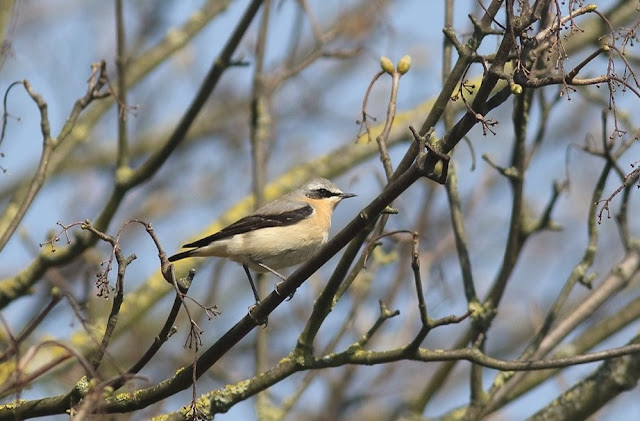 82     Common Snipe (16-Mar)
Third time lucky for Paul the butcher dog walker, the luck being Louis and Gozia were on hand to see it.  With all the rain and standing water we could have expected more, but the mild winter meant they probably didn’t need to be here.  Still not seen one.

85     House Martin (03-Apr)
Actually beat Swallow on to the list.  Our figures can never really reflect how many birds are on passage or just our birds pootling about.  With the drought continuing their only source of mud is only Shoulder of Mutton, which gave us our best count of 10 (12+ by the 4th June), but they have to get there before the crowds start lounging on the shore.

86     Common Scoter (04-Apr nocmig)
The first record since 1961 and at first only a recording, but buoyed with his success Jono stayed up listening live to several ducks flying over the next night.

87     Swallow (04-Apr)
We probably just matched last year’s total of c. 120 birds, which was a result of catastrophic storms in their wintering areas of southern Africa.  Records from around the country suggest that numbers haven’t bounced back. 3 late June birds on the 3rd June. 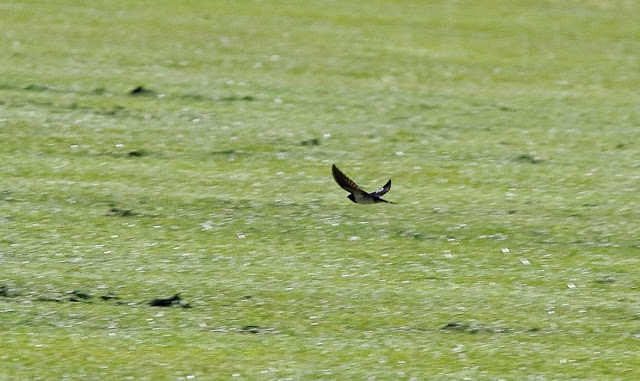 88     Cetti's Warbler (06-Apr)
Sean K got the only record so far this year, just inside the Gates of Mordor, but unfortunately that’s when National Grid started work on clearing areas below high voltage wires down the Roding.  I heard it briefly the next day further towards the allotments, sadly I thinks that’s it for this year.

89     Willow Warbler (06-Apr)
Spring counts prior to 2017 are all skewed by long staying/breeding birds, that said there only single figure records of singing birds that year, though 2 fledged young were seen in the SSSI later that year.  Now an ex breeder, only 14 singing birds in 2018, down to 10 in 2019, I have 9 records on the Wiki, though I suspect that some day’s sightings were so boring I couldn’t even manage to add them there! 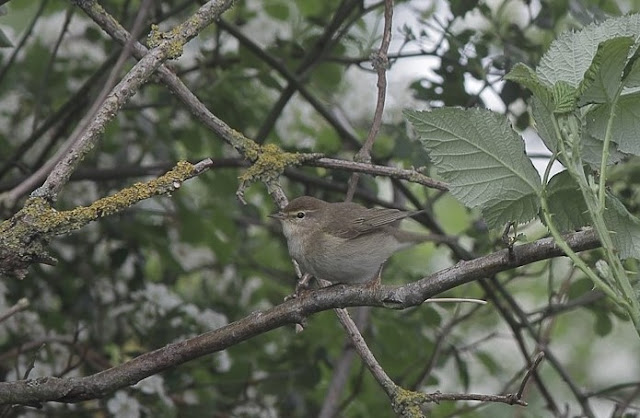 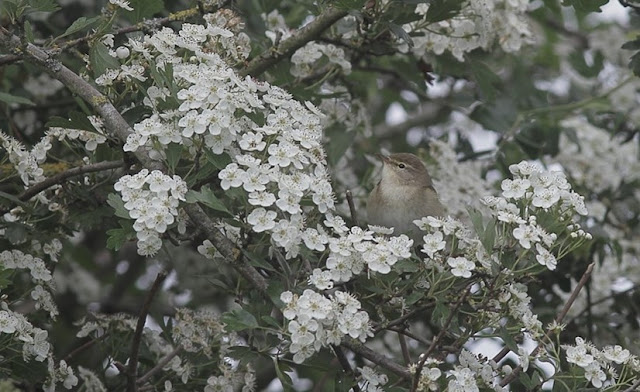 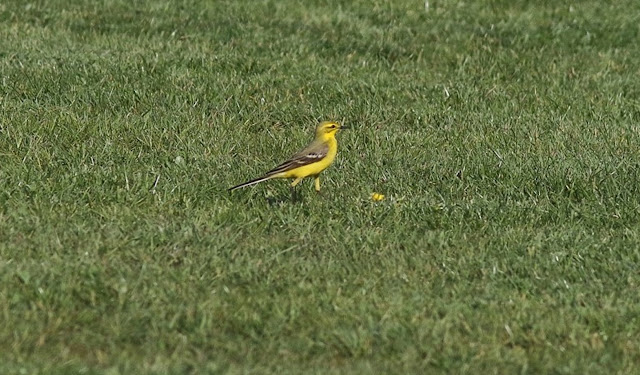 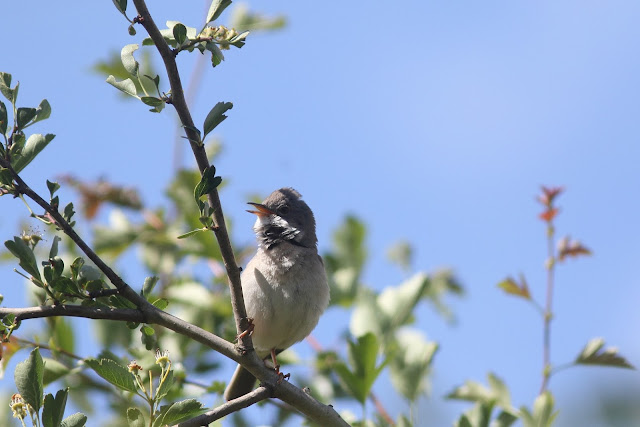 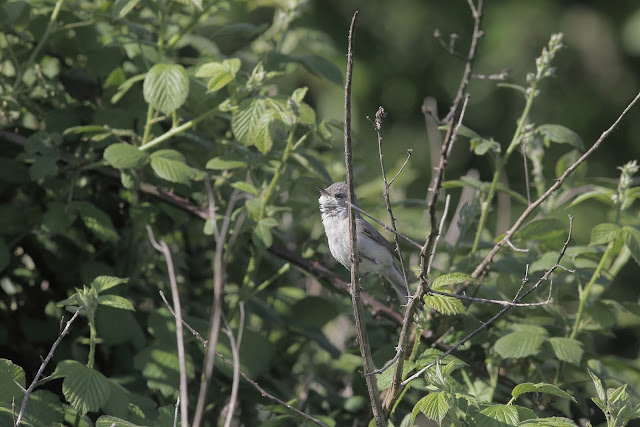 98     Tree Pipit (15-Apr)
After last autumn’s feast it’s back to famine. 1 alarm calling bird in the SSSI and probably 3 others flying east over the pub scrub

99     Whimbrel (16-Apr nocmig + 19-Apr)
After another noc-mig success, Jono picks up some visible birds over Long Wood, which made a few people very happy, meh! 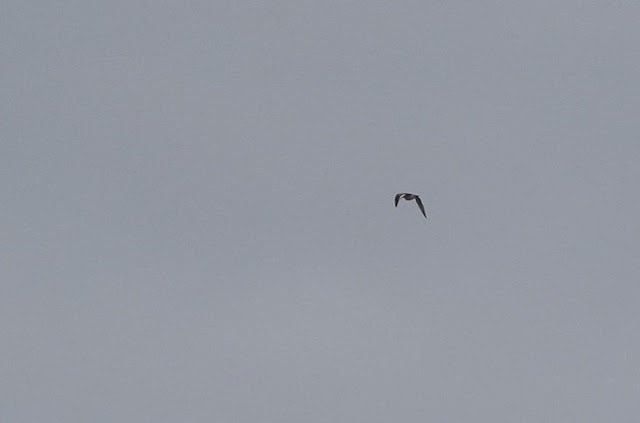 100     Swift (19-Apr)
With 1 count already of over 100 birds, our local birds appear to have bounced back from last year’s storm effected catastrophe. 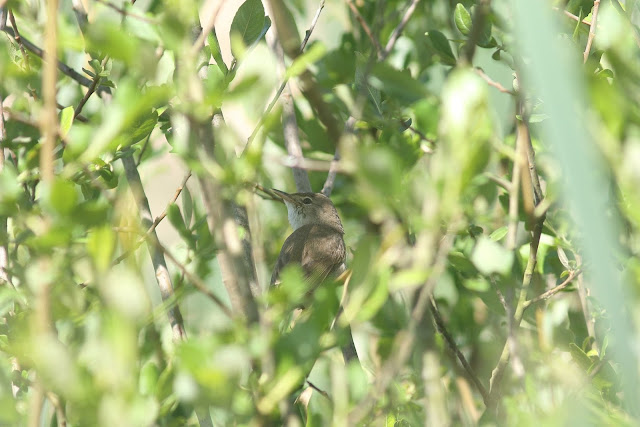 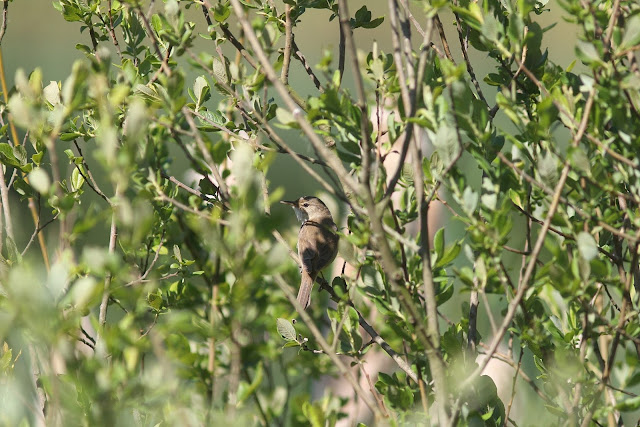 103     Redstart (23-Apr)
I am not even going to need two fingers to count this year’s spring passage.  Though a pair of males gave the two finger treatment from a garden just 100yds south of Angel on the first may bank holiday. 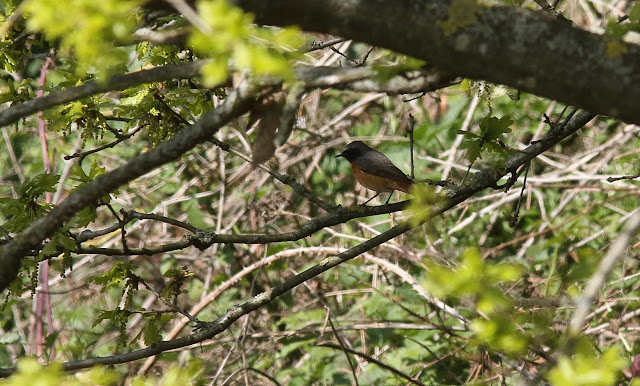 I went for Grey 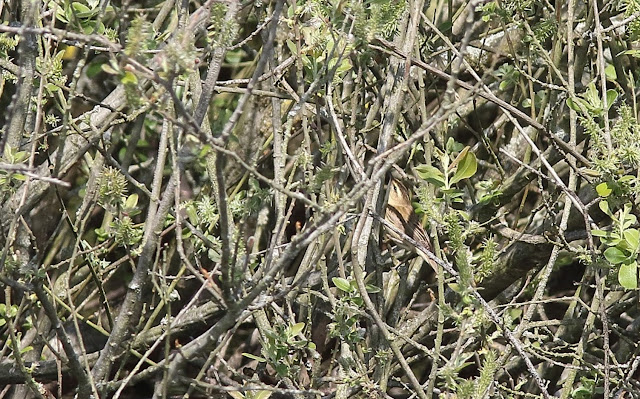 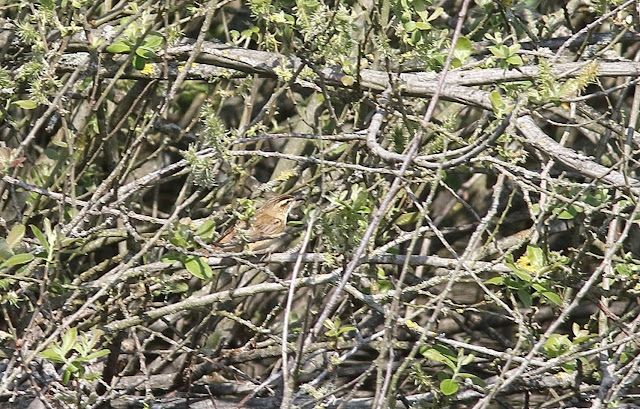 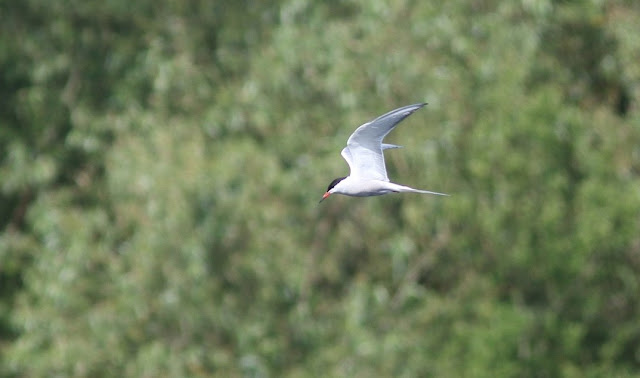 110     Whinchat (28-Apr)
Actually a pretty good year with 7 bird days, thanks to (a presumed) 5 day female, with the bonus of 2 males as opposed to a purely female affair last year. 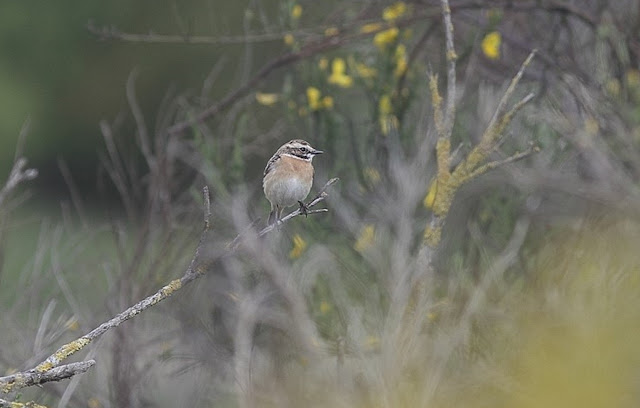 112     Spotted Flycatcher (6-May)
Always 2 in spring and like last year in the same places, but weeks apart! 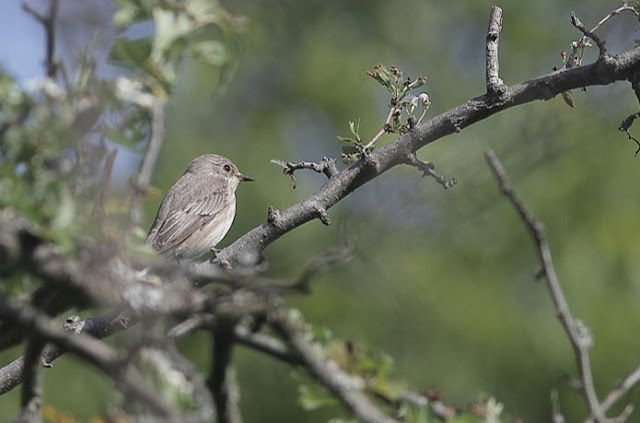 My conclusion: it’s tough out there!  I might submit my “Honey Buzzard”, which most though a possible if not willing to bet their houses on it and things might have been much improved if Paul the dog-walking butcher had given me the description of a bird he saw on the day he saw it (and me) rather than a few days later: thrush sized bird on an ant hill south of Centre Road car park, which then flew with an undulating flight to the brambles there and gave a woodpecker call before flying off towards the SSSI.  While not close enough to give a brilliant description of the bird–fawny with speckles or indistinct barring–I was already dreading the outcome when I played him Wryneck (he said more like the female example), then showed him the bird.  Of course that was it–a bird he’d never come across before.  Make of that what you will, I might, however, submit that as well! 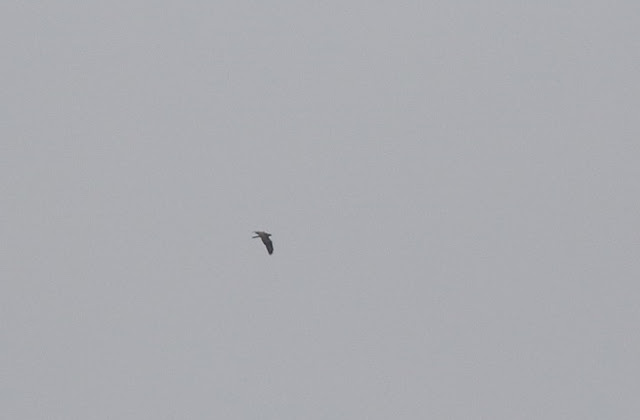 So after a good April we are either having the 5th best or worst start to the year–a glass half empty moment.  It has been a good year for one bird, up 65% on last year–the Red Kite. 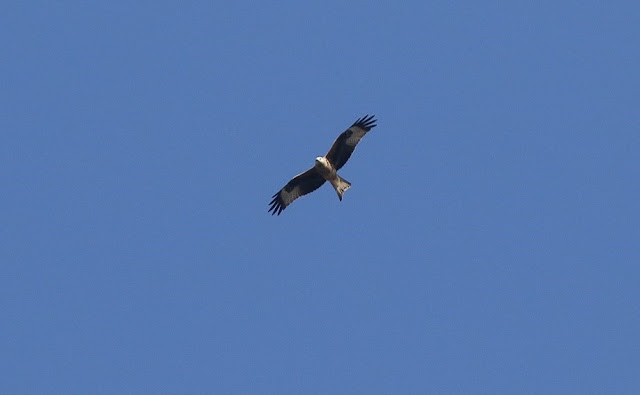 As for the wintering birds, the last Fieldfare was seen on the 14th April, it had been hanging about for a couple of days previously, and the last Redwing was seen in the park by Rob Sheldon on the 13th.
Rooks had another good year after a slow start with the last being seen over the Roding in early May.  What motivates these adult birds to come into the City when they should be nesting is a mystery, unless they are failed breeders? 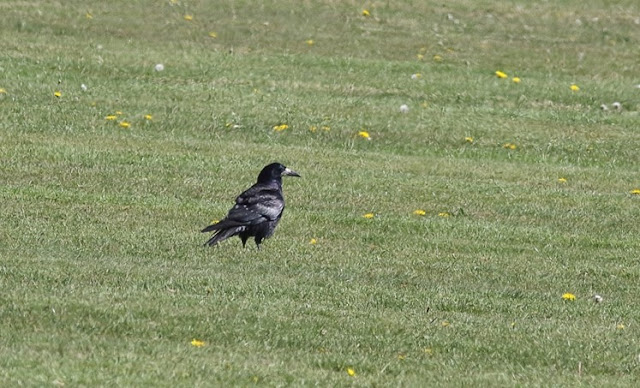 We undertook a Skylark survey on the 13th of March to try and ascertain how many we had at the end of the winter period.  While a number of walked through the long grass Louis L did the counting.  We came up with a better than anticipated 10 birds (possibly 11), with 5 males heard singing.  While that was encouraging subsequently things haven’t been.  The CoL Epping Forest say that footfall annually on Wanstead Flats is of the order of 250,000–we have probably surpassed that in the 100 days of lockdown.  While there are very few professional dog walkers, and even a few of the more troublesome breeds being kept on leads, there are many more dogs and owners (and other people) who have never been here before and, apparently, have no idea how to act in conservation areas–and then of course there is the “couldn’t give a fuck!” brigade and the ones who get offended when you politely ask.  On top of that the breeding areas have become a favoured place for a bit of sunbathing and other habits.  Needless to say we have seen no signs of breeding taking place in our Skylark population–though one nest site might have been confirmed thanks to a family group plus dog walking across the rough grass flushing a sitting bird. 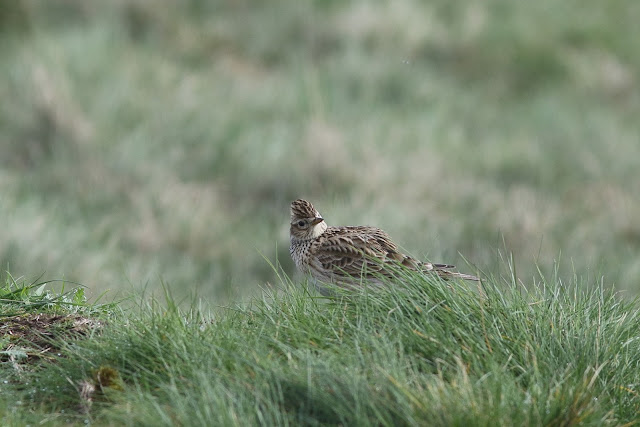 Meanwhile, although it appears we only have 2 Meadow Pipit territories, one pair seem to have raised a first brood of 2, and the other territory showed a male carrying food on a couple of occasions.  Both males are singing again on territory. 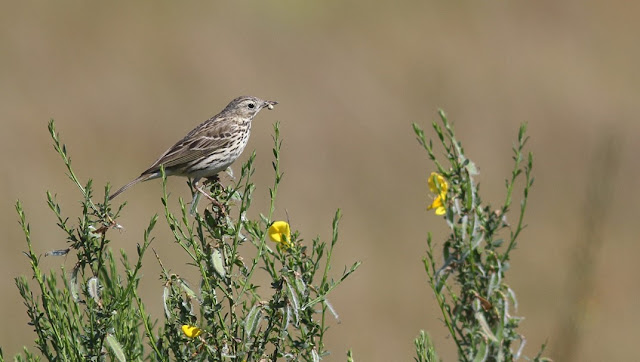 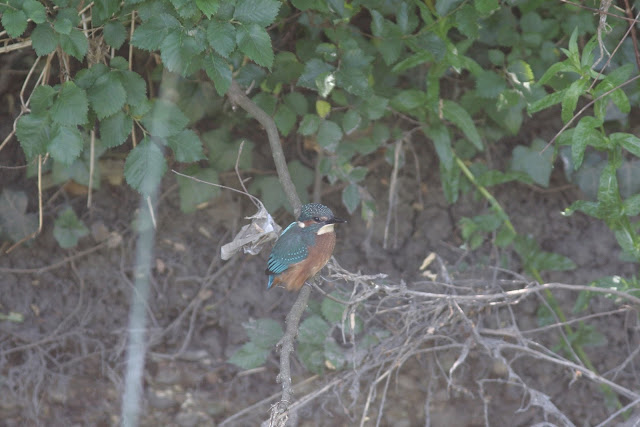 Let’s finish on some good news:  Kingfisher, rarely seen towards the southern end of the Roding this spring, have nested on the river side of the canal in the park with up to 5 fledged young being seen.