(Flooky) Finders in the field

Rob Sheldon joined me by the viz mig briefly before setting off on his own to check the brick pit, he had been expecting more than a few mipit enjoying the plowed area south of Long Wood. Sometime latter I see him wandering back along the edge of the wood.  He had disappeared when the Short-eared Owl appeared from the east and began circling high over the brooms.  He wasn't answering his phone either.  Luckily the owl lingered, avoiding the interest of the local corvids, and when Rob finally appeared I signaled wildly at him to look up.  He finally gathered I hadn't succumbed to madness and got his first SEO on patch.  He was happy.  I introduced him to Gregg's too, and he was happy at that too! 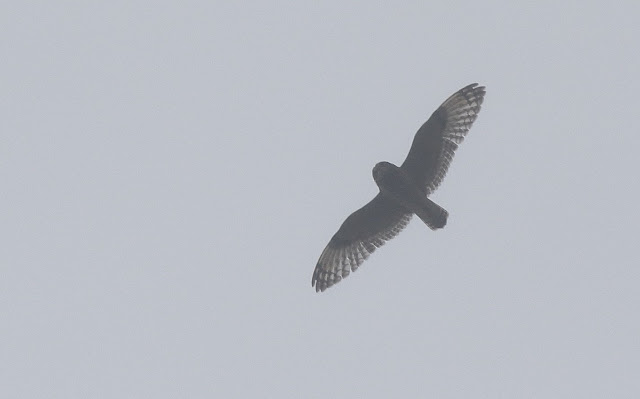 He tells me he still needs Wigeon, no worries there are some in the park.  He heads off for the shameless tick. I choose the Alex for a bit more vizzi mig.  Things are still moving and so I am just happy standing there. A Yellow-browed calls or was it the guys squeaky bike that passes me. Over an hour later the warbler goes a bit mental for few seconds.  Kerching!  Takes me another hour or so before I get a quick glimpse of it in the drowned willows.  Job done.

Its getting a bit late now and I am getting a bit knackered, and thinking that it would be it for today I am ready for home. Back by Coronation Copse there's a few wagtails feeding on the footy pitches. some looking good for White. A few snaps will confirm this later, or would have done if a doggy hadn't flushed then before I was set. On their way off the pitch one takes a dip at a bird I hadn't noticed on the grass.  Mipit natch!  It lands a bit further off and pops its head up to have a gander, showing off a rather pronounced white super.  With hands on my camera rather than on my bins I get a few shots in before it heads for a hawthorn south of the enclosure. I am about to head off there, when I get distracted by a quite call behind me, rather like a Reed Bunting–so a second bird then.  But try as I might I can't find it in the burnt out broom. The call is virtuously continuous, but I still can't see anything, but a Mistle Thrush a few feet away.  I have to check through the bins to actually see its beak opening slightly. That mystery sorted I am back on track, but the "bird" has flown.  I give it a few minutes, luckily only a Reedy B. 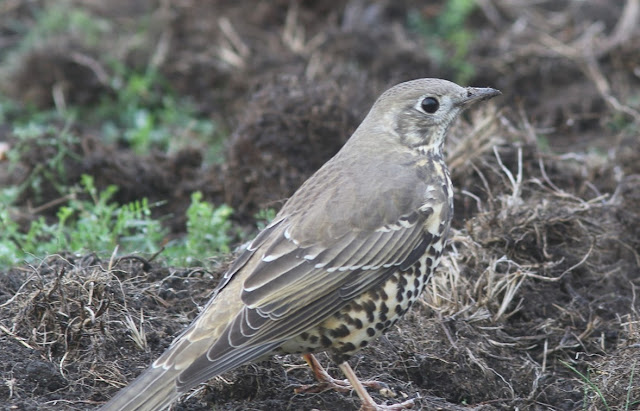 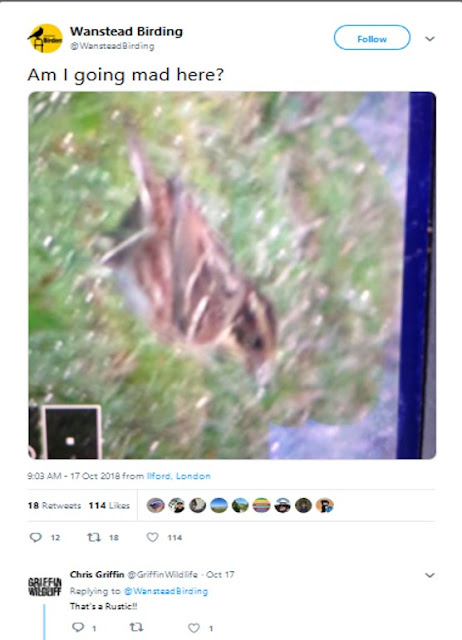 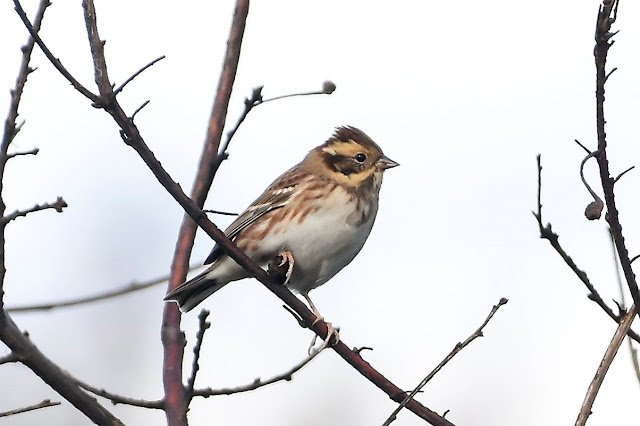 With thanks to Magnus Andersson
Posted by Nick Croft at Saturday, October 27, 2018 No comments:


It was a cold, still morning with low mist over the Flats and it felt rare, a Woodlark fly-over sort of day. Some Woodpigeon moving through, a few Redwing, a Fieldfare chuckled. A phone call from Jono "Barn Owl towards the SSSI being chased by crows!!" My reply was four letters begining with an f (no, it wasn't fine). Tony had spied it up near Long Wood flying over quite low being chased by crows.

I "calmly" scanned the skies from the southern brooms, no crows. I scanned some more, nothing in the sky but crows in a tree by Centre Road....excited crows in a tree! Obviously worth investigating and as I got quite close out flew THE OWL. Tony and Jono were close behind, but THE OWL had disappeared, apparently just over the road. James appeared but Nick was still at home. No sign of THE OWL though, as we searched the area. 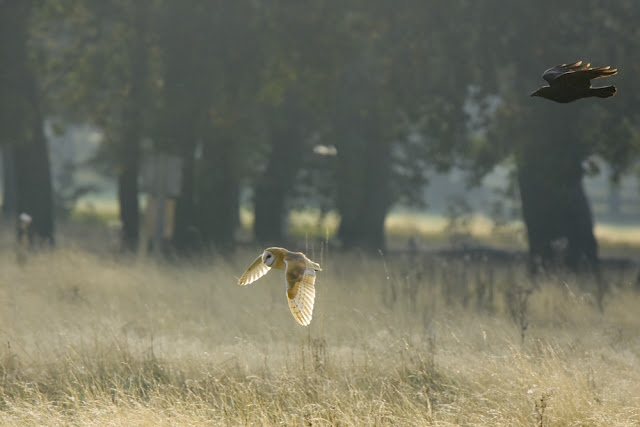 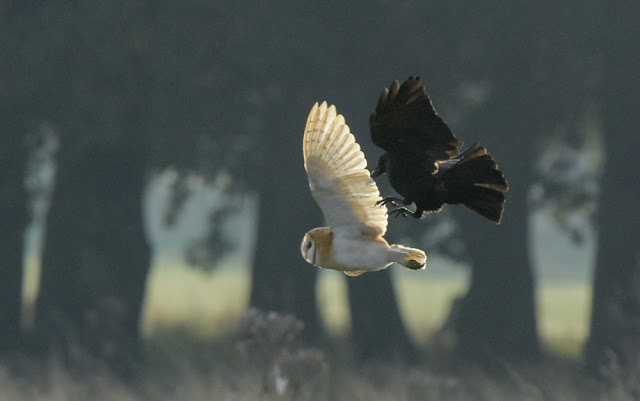 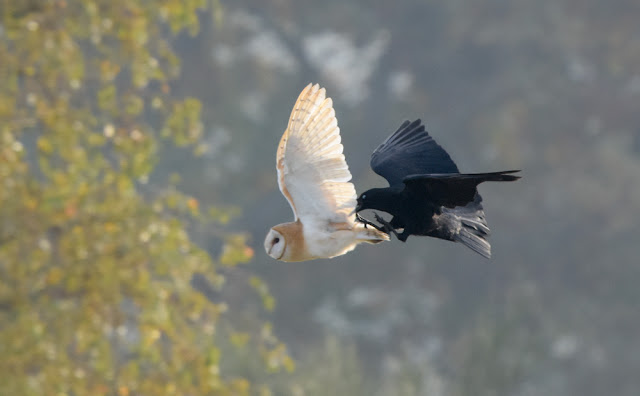 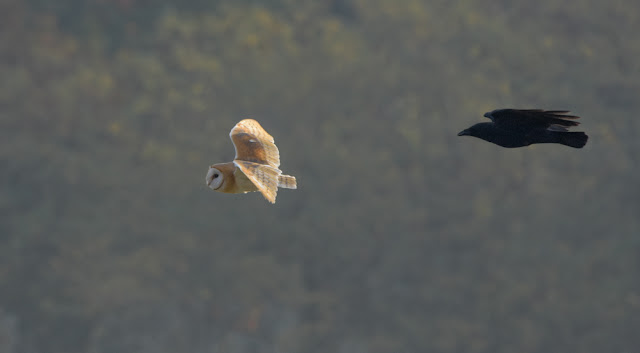 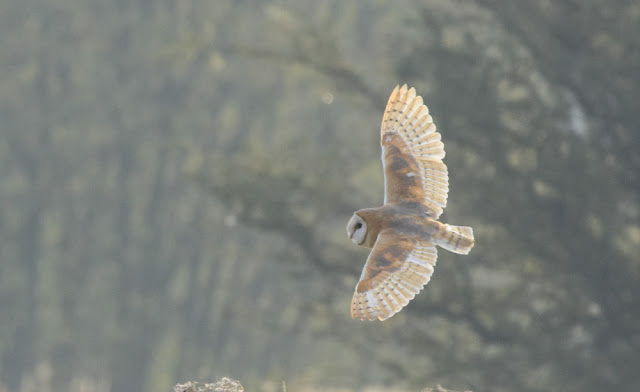 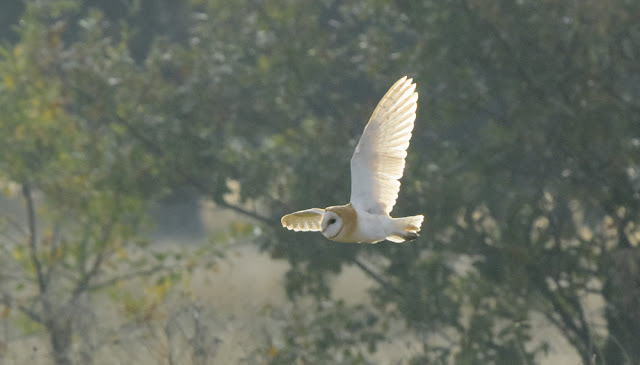 An absolutely magical few moments, patch birding at its finest, all I had to do was be there and push a button. The first patch Barn Owl for 25 years!

Congratulations to Tony, another great find.
Posted by Bob at Saturday, October 20, 2018 2 comments: