Looked good enough today to even tempt Mr Lethbridge out for a few hours, but he was already home when I ventured out with only 2 Great Black-backs and a cardboard box his contribution to the day list. When I arrived there was only one of the world's largest gull still on the brickpit fields in with a gaggle of variously aged Herring Gull. The numbers of large larids has been picking up over the last month and Saturday always looks good for gulls–maybe because the tips close early, maybe because they get the footballers to churn over the field so they have less paddling to do.

For some reason I decided to head to Alex and the two groups of gull on the way. A mass of swirling white over the lake meant someone was dumping bread already and the smaller birds were going ape shit over it. The first group contained the larger birds: Herring and a few Lesser backs, with fewer Common and a sprinkling of Black-headed gull.  I scanned quickly as a tardy footballer wandered straight through the middle of them putting them up. As they rose from their slumbers I picked out an adult Yellow-leg which promptly hoofed it west, shearing in to the wind to make any head way.  First adult I've seen for a couple of years.

The Alex was a mass of white, easily out-numbering all the other birds combined.  Of course I was looking for the Med, who hasn't been seen for a week or so, but found this, which I tried to convince myself was something out of the ordinary even to the point of just about to ring up Jono.  I held back on that not quite convinced about the bill structure. I tweeted some pics from the back of the camera and waited for the reaction.  There was none, bar @probableroller saying interesting bill structure and Bob asking about it's legs.

Having convinced myself otherwise I put it out as a young Yellow-legged and it was only while crashed out in front of the telly and saw Mr Hawkin's caspo from his ringing session (http://hawkysbirdingblog.blogspot.co.uk/2015/12/1w-caspian-gull-pitsea-tip-51215.html) did I have cause for re-thinking my original ID. Still not thoroughly convinced–and as they say if you only think it might be a particular bird it probably isn't! My track record with these birds aint good either, I've only seen less than five birds and all with the help of better gull getters. 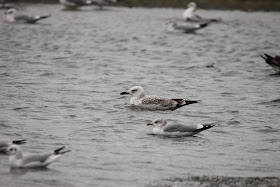 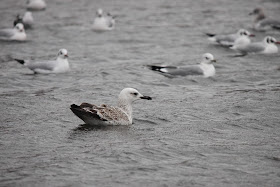 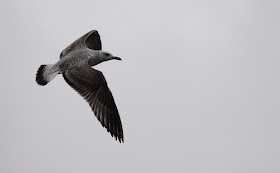 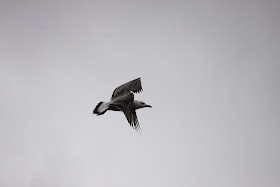 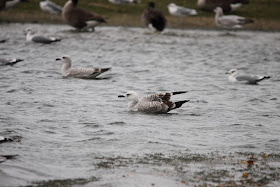 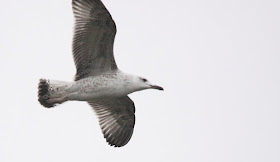