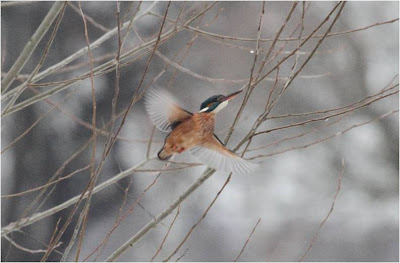 Usually the second thing that alerts you to the presence of a Kingfisher is an aquamarine flash of energy speeding across your line of sight. Flying close to the water, as straight as the path of a jet fighter, it will suddenly change course to manoeuvre around a bend in the River Roding or swoop up to perch on a branch overhanging one of the park’s lakes.

Before this, your brain should have registered a piercing call as the bird takes flight. This can be a single “zii” or have an additional less sharp second note, “zii-ti”. 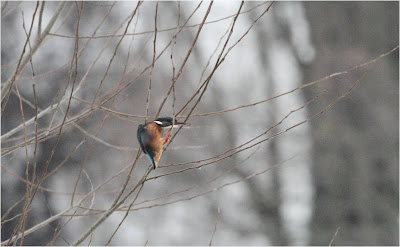 Why does Wanstead Park have Kingfishers? Well, they like fresh water and feed on small fish – sticklebacks are a favourite - and they excavate a nest hole in a sandy or muddy bank. The park’s lakes and the Riving Roding have plenty of the fish. And a few sections of the Roding have suitable banks. In years gone by, the species has nested in holes in the masonry of the Grotto, by the Ornamental Waters. The provision of a nestbox on the Grotto might be a worthwhile project.

Kingfishers are fiercely territorial birds, and this is probably one reason why there aren’t greater numbers on our manor. Way back in the 70s five birds were fledged in both 1975 and 1977 yet each time in the following year there was still only one pair. The young probably dispersed not for lack of food but for a lack of suitable nest sites that were sufficiently far apart. In early spring 2012 three birds were involved in some kind of territorial spat along the river. 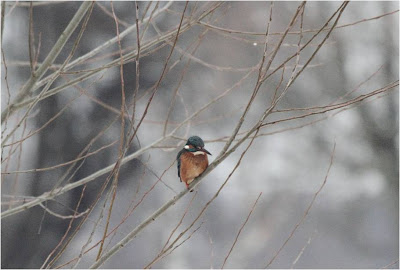 When and where
They can be seen at any time of year. I’ve seen a Kingfisher plunging into a small unfrozen corner of the Ornamental Waters when every other expanse of lake water was iced up. When the park’s lakes are all frozen, as has happened several times in recent winter, there is always the River Roding, where there were three or four in early February 2012. If our section of the river freezes, as it did briefly early in 2012, the unfrozen Thames isn’t that far away.

If you only have limited time, walk along the path that runs west of the River Roding, south from the cycle route bridge to the place where the path meets the City of London Cemetery fence. Other popular spots are the west end of Heronry Pond and the channel between Rookery and Lincoln Island, in the Ornamental Waters. There, tangles of overhanging branches and limited disturbance have an obvious appeal for birds wanting to concentrate on their fishing. But pretty much anywhere there is water is worth a look, including Shoulder of Mutton Pond and Alexandra Lake on Wanstead Flats. 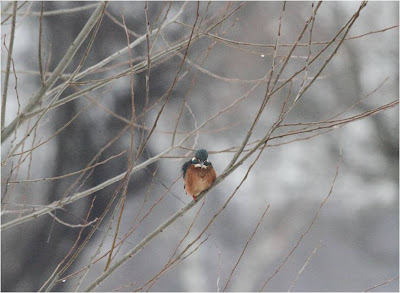 Wanstead’s Kingfishers seem to be doing OK, but they are totally dependant on water. If drought and pumping restrictions mean the park’s lakes dry out or – worse – should the Roding become just a series of stagnant pools, they will move elsewhere. 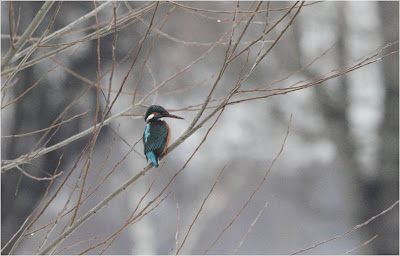