A study in Chiffchaff

As we all keep an eye out for interesting autumn migrants, I have been spending quite a bit of time watching warblers recently.

"One after another, the ‘phyllosc’ warblers flew from the sallow trees across the path and into the birches North west of ‘Motorcycle Wood’ in the SSSI. Possibly a mix of birds that have bred here, but more likely a majority of autumn migration birds stopping over on their passage South." 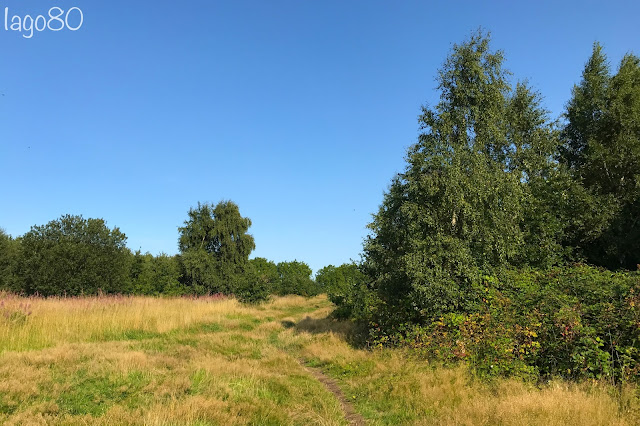 "This wasn’t the classic case of passage warblers joining tit-flocks, this was a warbler flock in which a small handful of Great Tit and Blue Tit tagged along."

"As they moved across the gap/path I was able to count ten warblers to begin with, which were later joined, in a drip-drip fashion, by about ten more."*

This is just one of several occasions recently where warblers have filled the trees in front of me.

Chiffchaff calls and the slightly longer and more complex Willow Warbler calls are everywhere at the moment, and then occasionally - despite it being Autumn - Chiffchaff have been singing. Today I counted five singers and last weekend even had a singing Willow Warbler.

Given all this exposure to these birds, I have started thinking about variation. Not between the two species, but within each species.

Looking back over my photos, there are no works of wildlife photographic art, but there are enough features showing to be of some interest, I hope.

Let’s begin with what I consider to be a classic Chiffchaff: 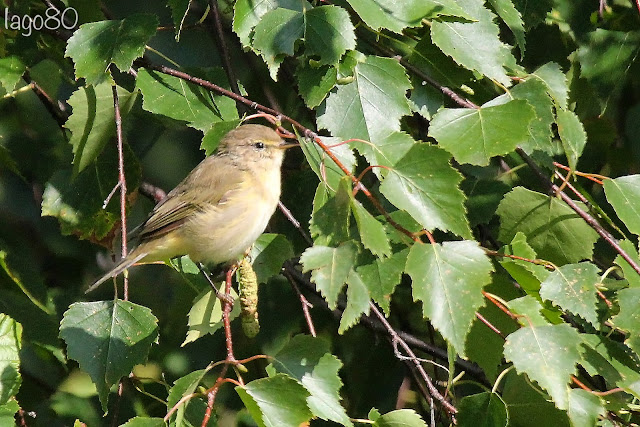 Dull-ish brown upper-parts, dull-ish pale under parts, indistinct supercilium, and very dark legs. For ID purposes, this is the Chiffchaff we all want to see.

Now have a look at another classic Chiffy from a different angle: 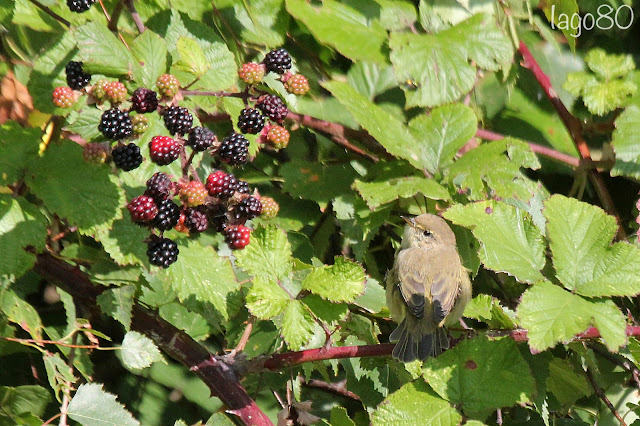 The primary feathers clearly only project a short way beyond the tertials and are nice and evenly spread. Again, classic Chiffchaff. Lovely!

Just as a point of comparison, here is a photo of a Willow Warbler I took recently. The primaries clearly project far further and the supercilium just pops out at us, even if the bird is not as bright as we might like. 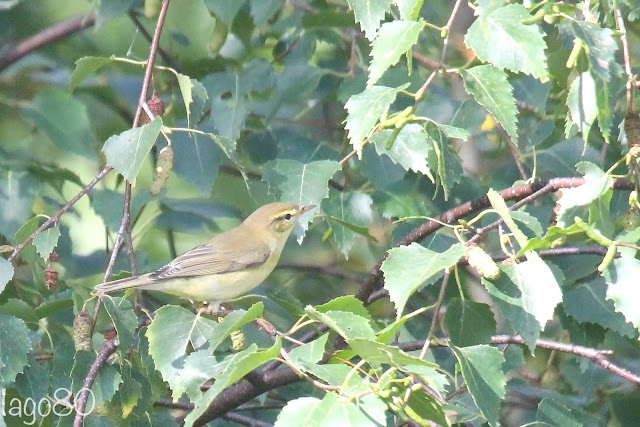 The bird in the photo below looks classic Chiffchaff again at first sight. In fact I think the warm brown tones make this a good candidate for the northern, Phylloscopus collybita abietinus sub-species, although I doubt even an expert could be sure from a single photo alone, and possibly not without analysis of the bird itself. 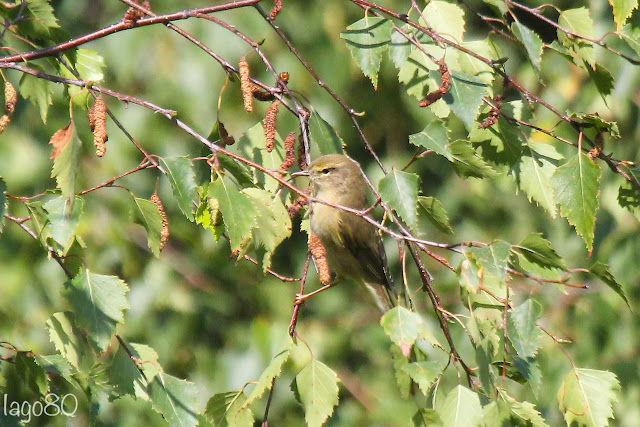 But look at the rascal’s legs. They appear orangey red, rather than dark! This is clearly a Chiffchaff, but the leg colouration is confusing nonetheless. I am aware that light and angles can make a huge difference with colouration, but normally in the other direction - pale legs made to look darker.

It should be no surprise that some distinguishing features do not show well in some birds, so we might get a Willow Warbler with dark legs, or an indistinct supercilium, or with very little yellow showing on the underside etc etc. But imagine how confusing it is if this combination comes together in a single bird that neither sings, nor calls, nor flicks its tail.

I wouldn't suggest that the following bird falls quite into that category, but I do think it shares a number of features we would expect to see on both Chiffchaff and Willow Warbler. The leg colour is inconclusive, the primary tips are not showing well, it is relatively yellowy underneath, and the supercilium is more distinct than we normally get with Chiffchaff. It also seemed brighter in the field than it appears in the photo. I would personally come down on the side of Willow Warbler, but I accept I could be wrong (do let us know if you think I am); perhaps this is just on the bright side of the P.c.collybita end of the spectrum. 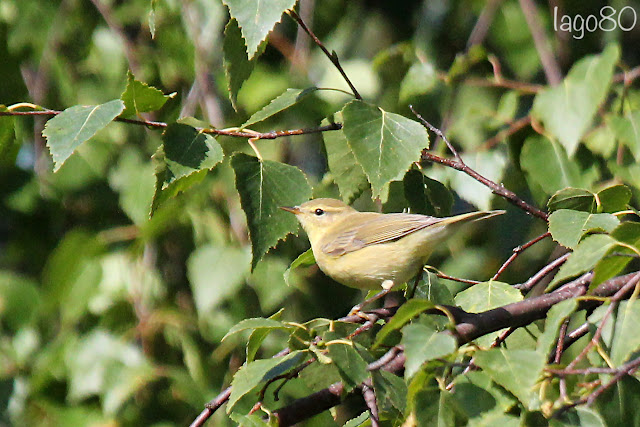 I am sharing all of these thoughts not to try and bore or patronise our readers, but more as a celebration of the variation found in our warblers and as a reflection of the kind of thought processes that go through my head when I am out in the field.

Finally, here is a picture of what I believe to be a young Chiffchaff showing downy grey undersides. 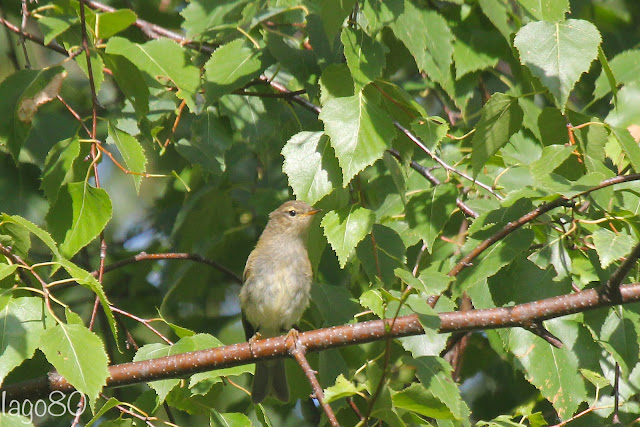 At least they keep us on our toes!

The other benefit of watching warblers closely is that occasionally you find something else. So it was near Motorcycle Wood last weekend when I found the Patch first Pied Flycatcher for the year. ;) 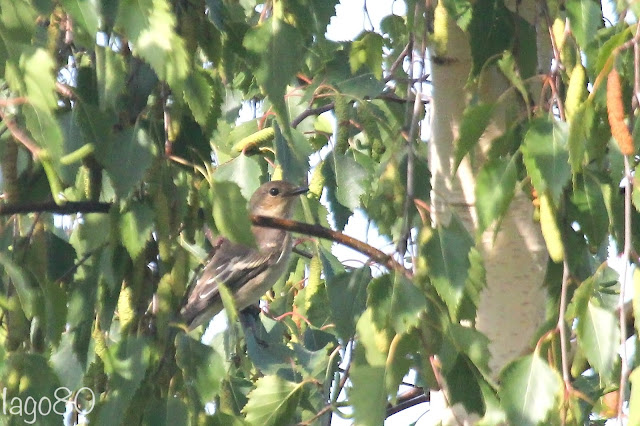 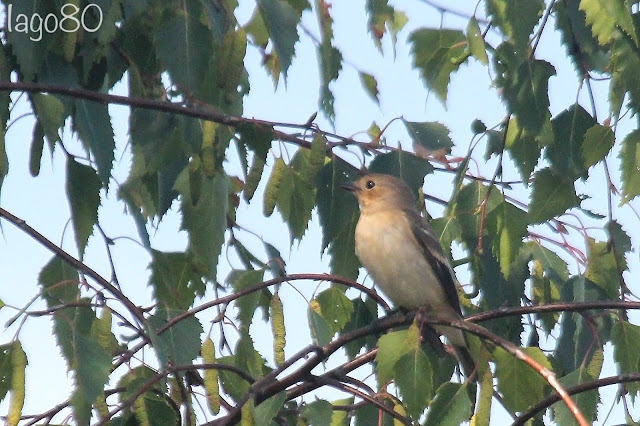 *From my field notes
Posted by James Heal at Saturday, September 02, 2017 No comments: