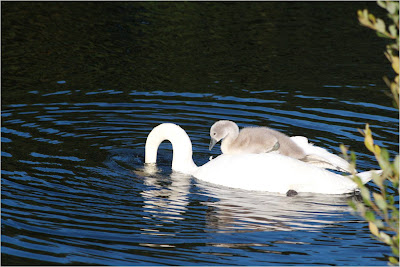 Midway through June and I am wishing for autumn, or winter at least. Not that I don't enjoy getting out of a morning and having the patch to myself, its now that getting up that early means I've only just gone to bed. Nearly! A 20 hour day beckons. 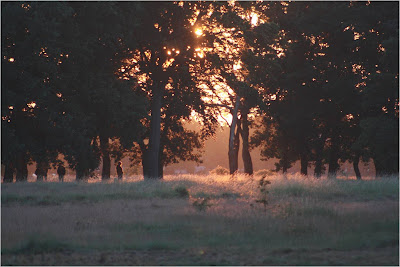 I could do moths, but I have an on going war with the little buggers at home, with a colony who've taken a liking to my clothes and are hell-bent on eating my soft furnishings. I don't even like my clothes that much. Having said that I do have a moth trap, I call it my toilet and Mr Lethbridge is free at any time to come round and identify whats committed suicide in the bowl.

I do like some moths, the ones that live outdoors are fine. This one is a particular favourite. 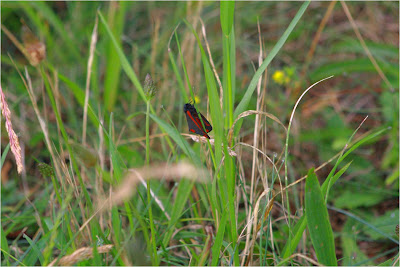 So while Jono does moths, Tim has his bats, Stu his bird song recordings, I'll go for slugs. Easy to spot and capture digitally. 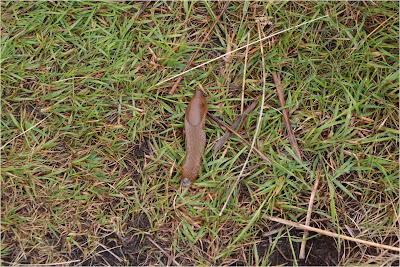 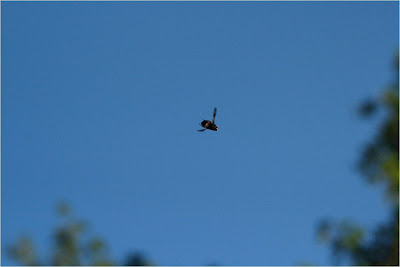 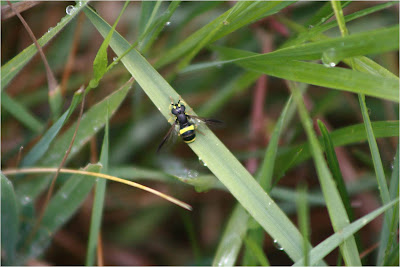 ... but I think I'll stick with birds until there's more fungi about. 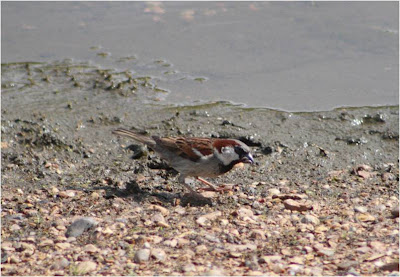 Last week I took my first guided tour of the flats with a very amiable Canadian couple, even got them a lifer in the form of a Meadow Pipit. Great field skills required there then! 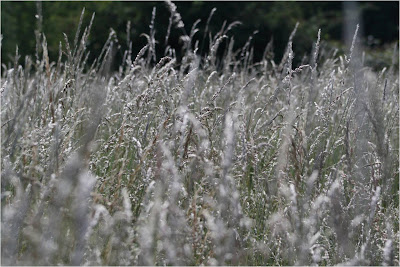 This week a few early mornings, and I have to say it's not been all bad, but it's June so I'll take anything. Finally got the Lesser Whitethroat to pose, a few Shelduck over, an addition to the year list of a Common Tern flopping westward, a brief glimpse of a Hobby, young Reed Warbler and the list goes on, but your probably all satiated, so I'll stop. 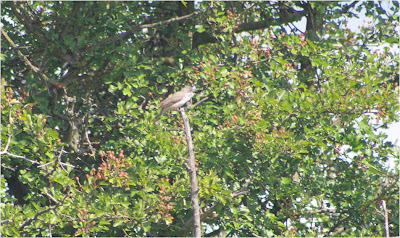 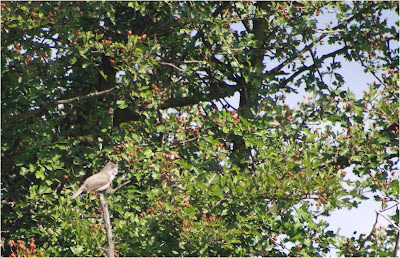 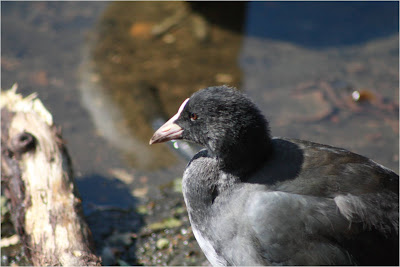 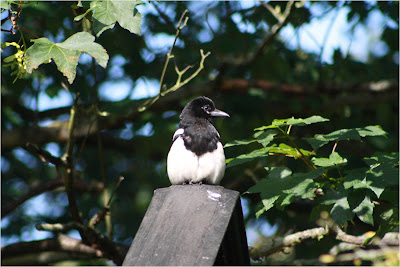 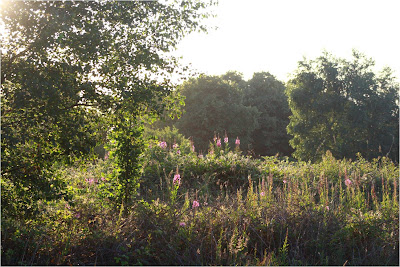 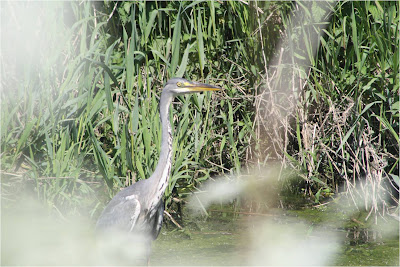 As predicted May was incredible. Unfortunately none of us were around to see quite how inceredible it was as we all headed for somewhere else. I went to Dorset, Norfolk and Scotland filthy year listing; Jono to the US and France; Stuart also went to the US (the southern part); and Tim to China - and by all accounts a good time was had by all. And that was May! 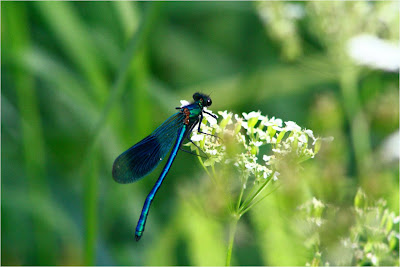 On the few occasions when anybody could be arsed enough to go out and look there were very few highlights, and here they are: 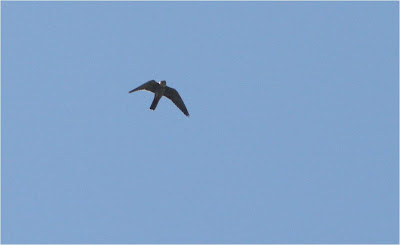 Yellow Wagtail put in appearances, or probably more likely were heard flying over - though two did actually ground (1st, 2nd, 4th, 5th and 11th May). One of which would have been a great photo op. if I had had the camera out, switched on and not with the strap in front of the lens before it flew off. A Grey Wagtail also dropped in on Alex on the 1st. Meadow Pipit continued to display throughout the month, but perhaps wouldn't have got a mention if not for the fact I managed to not cock-up a picture of one of them. 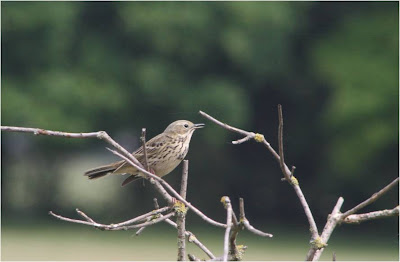 Wheatear, the best of the spring migrants, lasted until the 4th and now we wait for the end of August for their return. Of the Summer residents Common Whitethroat have been the most obvious and vocal, by the end of the month their numbers were swollen by hungry mouths and virtually every bush you looked at had one peering back at you. Garden Warbler numbers peaked at 4 by the Shoulder of Mutton on the 3rd and then became harder to find, but Reed Warblers started popping up all over the place (one even in the middle of the broom fields).

Swallow movement continued throughout the month in ones or twos after a major movement through on the 3rd (50+ birds heading North). Mid May also saw one day of high House Martin movement when 30 + birds were seen feeding round the copse on the flats. Sand Martin reached a high of 16 on Heronry on the 11th, while Swift numbers ebbed and flowed with large feeding parties to be found over the woods and Alex on several days.

Marco Johnson notched up the only new bird for the month, with a Spotted Flycatcher in Centre Copse on the 28th thus spoiling the summer wait for the rest of us. Mr Fisher got one flying over the Shoulder of Mutton the next day. A possible Pied Flycatcher was seen my me, flying into an ash tree on the golf course on the 5th, but unfortunately I could not locate it again.

Other migrants included Linnet, ones and twos over the flats and on the 3rd a flock of what I suspect were Brent Goose flying north, though I only got the rear end which showed enough to suggest that these were not Canadas. At the end of the month a patch mega, a Red-Breasted Goose that chose to stay a week on the Alex in the company of the Greylags. Smart bird whose credentials were impeccable, not ringed and er... ... really, really wild. 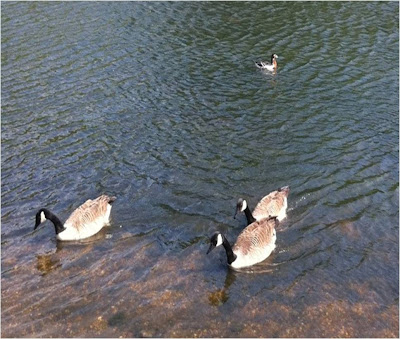 Of the wintering birds 2 Common Gull (1st calendar year) tarried round Alex, soaking up the sun and pieces of sodden bread till about the 10th. A couple of Pochard made an appearance on the 2nd while in the Park the Egyptians hatched 6 eggs only to lose all the chicks by the end of day 2. Meanwhile the Great Crested Grebe were joined by another pair on Heronry, while a fifth bird took up residence on Perch (unfortunately both nests failed and 2 of the birds themselves have disappeared). For all the Little Grebe that have been trilling only 1 chick appears to have been successfully fledged, something it seems is getting to our birds!

The Alex had the only Sandpiper(s) of the month with 1 on the 3rd and 2 on the 7th with one showing well down to a few feet, but with rain in early June I've got high hopes for Bandstand Pond (AKA Angel) hosting returning waders in the near future. 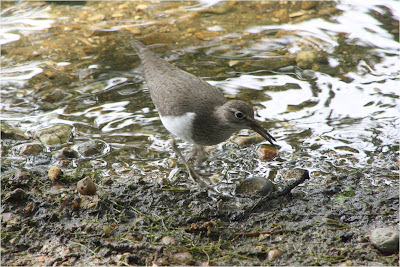 Of the rest: up to the present 5 Greater Spotted Woodpecker nests have been located (mostly in the park), but as been mentioned elsewhere you will be hard pressed to find any numbers of Blackbird, Mistle or Song Thrush young thanks to the long dry spring. 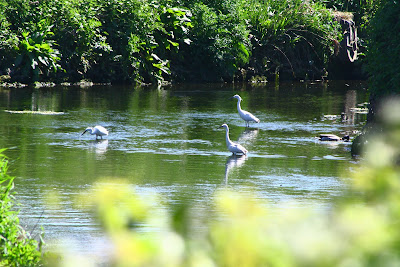 Finally Stu also had a Red Kite over on the 31st, subject of course to the close attention of the local corvid population. June, as they say, started early. 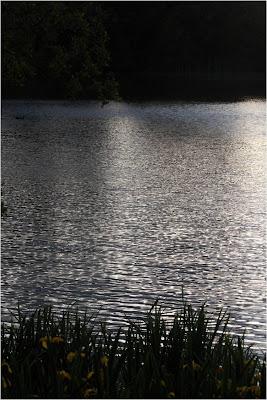 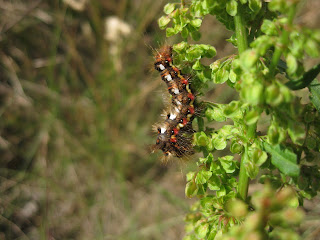 Can't really take any decent pics of birds so I thought I'd share with you a pic of a nice Knot Grass moth caterpillar feeding on Dock near Centre Road. Also a Hobby seen hunting over the Broom Fields area yesterday
Posted by Stuart Fisher at Thursday, June 09, 2011 No comments:

Another pair of Bins bites the dust 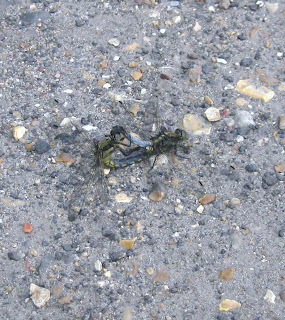 A quick visit today paid off when I got some amazing views of 2 Hobbies hawking over the Shoulder of Mutton pond. I did a bit of hawking dragonflies myself and got a rubbish picture of 2 mating Black-tailed Skimmers and then dropped my binoculars in the process, only from a few inches above the ground but they were knackered, so I threw them at the ground and destroyed them and accidentally killed the dragonflies (no, not really!) well I did throw them at the ground actually, must have looked quite funny to the family nearby, if somewhat alarming. Good job they were cheapies from Argos. Don't think I'll get any Karl Zeiss, mind you you can throw those at the ground a lot and they'd be still usable (probably). Oh and there were 2 Gadwall on the pond too.
Posted by Stuart Fisher at Thursday, June 02, 2011 No comments: